The Codex Alimentarius Commission is funded and controlled by the World Health Organisation (WHO) and the Food and Agriculture Organisation (FAO) of the UN.

"What is CODEX?  In short it is an annual World Health Organisation (WHO) sponsored gathering of delegates in Europe, many of them trans-national pharmaceutical corporations who are primarily focused on increasing their market share, by pushing their desired and arbitrary regulatory "standards" into a global standard and forcing it onto the smaller local supplement industry, all in the name of "international regulatory excellence".  The Codes Committee is also bound by the World Trade Organisation (WTO) treaties."  Eve Hillary
Http://members.iimetro.com.au/~hubbca/codex2.htm.

"Traditional Medicines to Become Illigal in Europe 2011 Under Codex Alimentarius"

"Codex Alimentarius has declared nutrients to be 'toxins'" 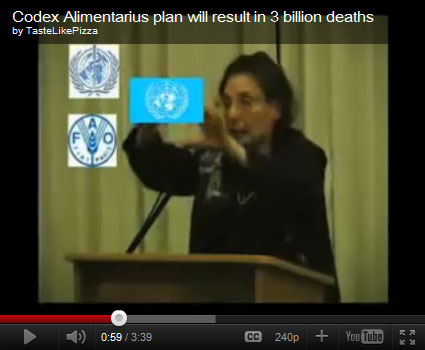 And yes, of course, 'They' are banging away at Codex Alimentarius in Australia at the Department of Agriculture, Fisheries and Forestry (DAFF)

DAFF is pitching Codex to Australia in the interests of consumer health.
http://www.daff.gov.au/agriculture-food/codex

Australia proposes ban on 1000s of plants including national flower 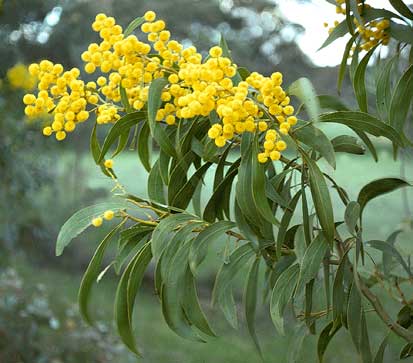 From info at Garden Freedom

Legislation being proposed in Australia would criminalize most permaculturists, farmers, gardeners, nurseries and bush regenerators by banning any plant that contains  DMT – a naturally-occurring hallucinogen.  Five plants are currently criminalized, but the new list will include hundreds (possibly thousands) of other species that are common garden plants and include a significant number of common native plants including the national flower, the wattle.  [Image: Australia's National Flower, Acacia pycnantha]

Having any of these plants could get you charged with and convicted of a federal drugs violation. The list can be found here, comprising about four pages of the 41-page document.

Garden Freedom is leading a campaign to block the legislation. The public is urged to contact the Minister for Justice, the Hon Brendan O’Connor MP with comments at Criminal.Law@ag.gov.au by March 11. (See instructions here).

The purpose of this new legislation is supposedly to stop major drug trafficking, yet many of the targeted plants have never been traded for drugs and have no value as drug plants, because they only contain traces of the compounds.

The proposed laws will make hundreds or possibly thousands of plants illegal. Many of these are common garden plants that honest, law abiding citizens have legally grown for as long as they remember. The laws will affect the commercial propagators, nurseries, farmers, collectors, botanic gardens, seed merchants, landcare groups and most gardeners.

DMT (dimethyltryptamine) is ubiquitous in nature and is likely to be present in thousands of species. If DMT is found in one species within a genus then it is likely to be found in other species of that genus. Some common plants include grasses, wattles, peas, nutmeg, screwpines, buckwheat, citrus trees, and violets. Also included are legumes, the Leopard tree, Honey Locust, wisteria and cattle forage plants like Desmodium, wetland plants such as the Common Rush (Phragmites), and common pasture grasses (Phalaris spp) — even the ice plants in your Granny’s rock garden would be effected by the legislation.

The existing schedule of criminalized plants include:

The proposed new schedule will include:

"The fishing industry has been especially impacted..."
"Choked by a Bloated Bureaucracy" by Walter Stark.  October 2007

"The historic food trade deficit...is not just a temporary anomaly.  It is a waypoint in a declining trend over the past two decades...Nowhere is this due to exhaustion of resources.  Everywhere, the major cause is ever increasing costs, demands and restrictions imposed by government."

Are we getting the picture? 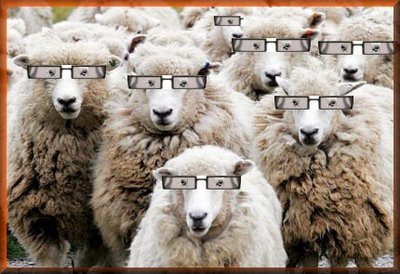 No? Here is the Soundbyte

"The time of the Orc has come"